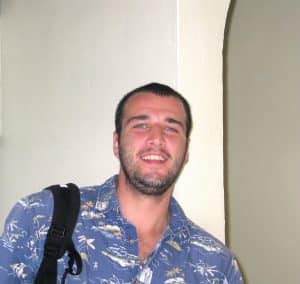 Nick was a 2001 graduate of Kirkwood High School and went on to obtain an Associates Degree in Culinary Arts. He worked in numerous kitchens around St Louis and spent 3 years in St John, US Virgin Islands. He was truly a master at his craft. His playful energy and wit brought laughter and joy to the room. Nick had a big, kind and sensitive heart. He was a skilled artist and often expressed his feelings through drawing and music. He was also an eloquent writer. He adored his cats and enjoyed a good joke. His presence will be greatly missed by all who knew him and loved him.