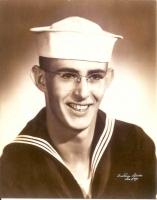 He was born October 22, 1928 to Iver and Astrid Wick in Hoquiam, WA. After graduating from Hoquiam High School in 1946, Iver enlisted in the Navy and served as an aircraft mechanic for 4 years aboard the aircraft carriers USS VALLEY FORGE and USS ESSEX during the Korean War. After his discharge he used his GI benefits to earn a Masters Degree in Education from Western Washington University. Iver began his long career in education as a teacher at Copalis Beach Elementary in 1957, the same year he married Margaret Harrell of Aberdeen. In 1961 Iver and Margaret built the home in Copalis that they would share for 42 years, until their move to St. Louis in 2003.

After beginning his career in education as a teacher, he became principal of Copalis Beach, Ocean City and Ocean Shores Elementaries at various times during his tenure, seeing the growth of the North Beach School District and construction of 2 new schools before retiring in 1988. Although he enjoyed spending his free time with his family, working outdoors and following Harbor sports teams he heeded the call of education once again, working with student teachers until 1999. He was responsible for starting the North Beach track club and swimming programs as well as coaching and donating time to all elementary school sports throughout his career. He also enjoyed watching college and professional sports but his undying support was for North Beach athletics and the students that he cared for so deeply.

Iver is survived by his wife of 50 years, Margaret, at the family home in High Ridge, Missouri. Also surviving are a sister Olga (Mike) Kukor of Forest Grove, OR, son David (Patricia) Wick of Los Angeles, CA, daughter Diane (Larry) Wilson of High Ridge, MO, son Raymond (Chong-Hee) Wick of Kent Island, MD and 4 grandchildren. Iver was preceded in death by his parents, brothers Ted and Erling, sister Ella and infant son Robbie. No funeral service is being held at this time. A Celebration of Life will be held in the North Beach area at a later date so all who knew him can share their remembrances. The family suggests that any memorial donations be sent to the Iver Wick Memorial Scholarship Fund c/o North Beach School District, PO Box 159, Ocean Shores, WA 98569. Friends and family are also encouraged to sign the on-line register at www.stlouiscremation.com.