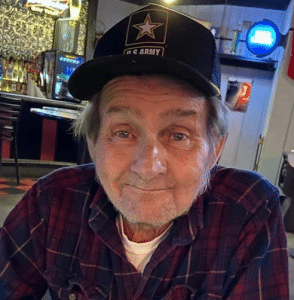 Dearl served in the United States Army during the Vietnam War, where he received two Purple Heart Awards. He was the true definition of a soldier. He was determined to fight through every single battle life ever threw his way. There was not a single person he met that he did not befriend. His loyalty, strength, and love for his family, friends, and country was completely admirable.

There are many wonderful memories that will always be treasured with our dearest son, brother, husband, father, grandfather, great-grandfather, uncle, brother-in-law, father-in-law, cousin, and friend.

Services for Dearl have been confirmed for Friday, March 11, 2022 at 1pm with a “Full Military Honor Ceremony” beginning at 1:30pm. We will have a “Celebration of Life” gathering immediately following the services at Jefferson Barracks. Listed below are the details for both locations:

(Meet at the lower lot behind the offices)

(Use the Clubroom entrance door)