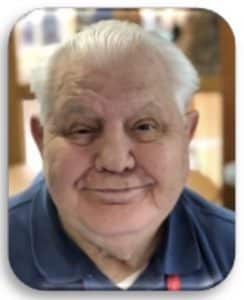 Born on November 16, 1931 in St Louis, Missouri, “Eddie” was proud of his German heritage. He grew up in, and later owned, Knaus’ bakery. Ed was a graduate of Western Military School and Washington University. He served in the US Army during the Korean War.  For over 50 years, Engelbert was a Certified Public Accountant and served as St Louis County Auditor in the 1980s.

Ed was a member of Meridian Lodge #2 A.F.A.M., Moolah Shrine Temple, and Moolah Drum and Bugle Corps for over 50 years.  Ed and Barbara were residents of Friendship Village – Sunset Hills for many years. He loved Big Band and Dixieland jazz music, and never saw a second line he didn’t want to join.

Memorials may be made to St Louis Shriner’s Hospital for Children or St Louis Jazz Club. A Celebration of Life will be held in Summer 2023.