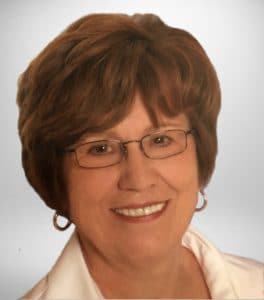 Following a long struggle with severe dementia, Pat died earlier this week while recovering from COVID.

Pat was born in Santa Ana, California, but during her childhood, she moved with her family to southern Idaho. Following high school graduation in 1955, Pat entered Concordia College Portland, Oregon, making her a member of the school’s first coed class.

Pat met Rodger Venzke at Concordia, and they were married in 1959.

Rodger graduated from the seminary in 1961 and was called to serve two rural churches in northern Minnesota. Pat had barely adjusted to that remote environment when, two years later, Rodger accepted a call to enter active duty as an Army chaplain.

Pat created a home out of no less than 23 different residences, and she still managed to find employment or volunteer work at each location. Among other things, she managed thrift shops, was a law firm’s librarian, and even pursued shoplifters as a department store detective. Pat was a master home decorator, a talented cook, and a gregarious hostess. But above all else, she was a devoted child of our heavenly Father, upon whose grace she fully depended.

In lieu of flowers, memorial contributions may be made to the Alzheimer’s Association or Historic Trinity Lutheran Church (Soulard) in St. Louis, Missouri.