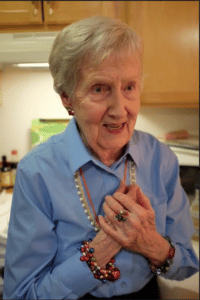 Patricia Maguire (nee Rea) passed away November 19, 2022, in Wildwood, MO. She was born December 31, 1924, in Des Moines, Iowa. Patricia graduated from Normandy High School in 1941 and graduated from William Woods College in Fulton, MO. She married Edward Maguire on September 5, 1945. They were married for 54 years prior to his passing in 1999.

In addition to her husband and parents, Patricia is predeceased by her daughter, Susan Claverie; her sons, Patrick Maguire and Jeffrey Maguire; and sons-in-law, Daniel Claverie and Bill Nash.

There will be a Celebration of Life planned for Spring 2023.