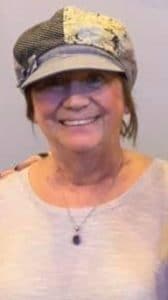 Patricia “Patti” Portell was a caring mother, grandmother, sister, aunt, cousin, and friend. She left this world suddenly on January 5, 2022 at age 68.

Patricia was born on March 17th, 1953 to the late Donald and Mary Sackman.

Patti was a long-time employee and retiree from AT&T.