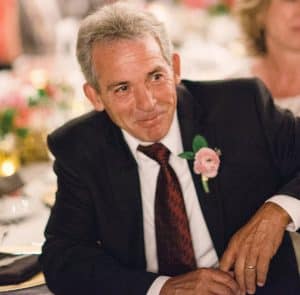 Stephen G. Caraffa of St. Louis, Missouri passed away after a courageous battle with cancer on August 29, 2022 at the age of 67.

Steve was born on November 27, 1954 to the late Angelo and Lucille (Guzman) Caraffa. He married his loving wife, Therese (O’Brien) Caraffa, in 1979 and became the proud father of Anthony (Cara), Thomas (Jaclyn) and Michael Caraffa, and adoring grandfather of Nicolas, Daniela, Rosemary, and Gianna Caraffa.

Steve was a dear brother of Ralph (Pamela), Angelo Jr. (dec), Michael (Beverly), and Mary Beth Caraffa. His legacy will be carried on and celebrated every day by the many people he positively impacted as a brother in-law, uncle, cousin, coach, and friend.

Being the ultimate advocate of a good time, in lieu of formal services his wishes are to have a celebration of life at a future date.

Donations in his honor can be made to Cardinals Care. Cardinals Care was established to give fans a way to team up with Cardinals players and the organization to help children in our community—both on and off the baseball field.