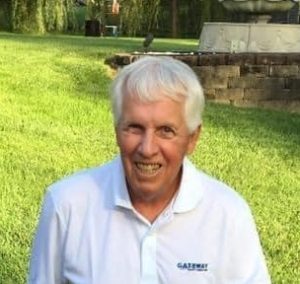 Mr. Caldwell was born on July 2, 1943 in St. Louis, Missouri. He was the son of Stanley and Margaret (Boyce) Caldwell. Mr. Caldwell was raised in Ferguson, Missouri and attended high school through 12th grade. He graduated out of the last class of Ferguson high school in 1962. Mr. Caldwell attended college at Warrensburg, MO, and then at Kirksville, MO. Mr. Caldwell served in the United States Army from September 1966 through September 1969 when he was honorably discharged.  Mr. Caldwell worked in environmental remediation cleanup throughout the United States from 1992 through 2015 when he retired. Mr. Caldwell loved dancing, biking, hiking in the woods, and driving fast. He also loved being outside, working in his yard, and sitting on the veranda watching the birds. And another thing he loved to do was to BBQ for his family.

He is preceded in death by his parents, and son-in-law Mark Dunham.

Memorial services will be held at the Jefferson Barracks National Cemetery on September 16th at 10:30 AM.